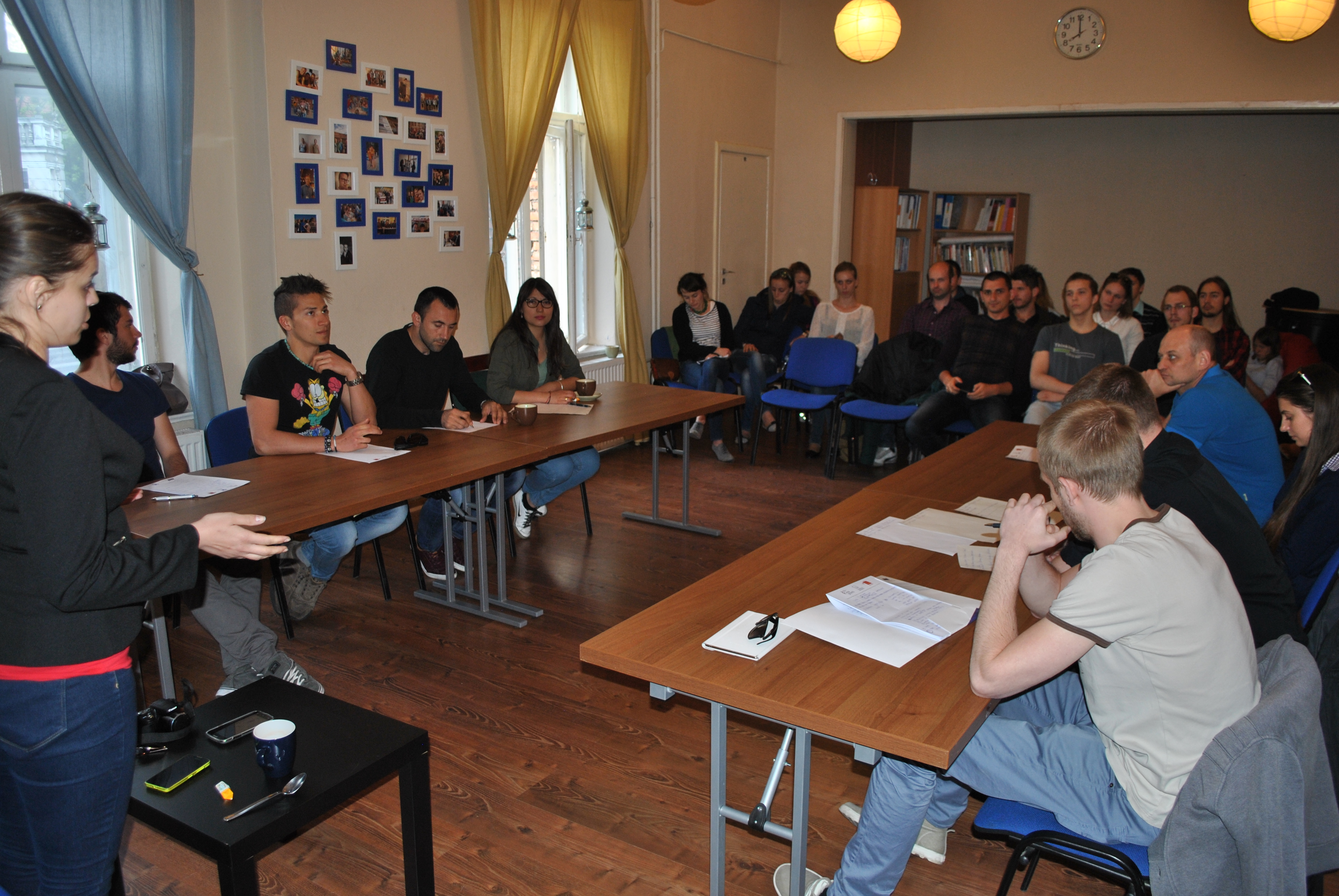 Between 12 and 23 May 2015 an international training “Art of Debate” took place in Gdańsk-Sobieszewo. 24 people working with youth in Poland, Ukraine, Italy, Estonia, Romania and Macedonia participated in the project.

A debate is considered to be one of the most important factors shaping a democratic society – it enables contact and discussion between individuals and groups representing different views and solution ideas. It should be a means of discussing different options and choosing the best one as well as convincing the opponent to your mindset. A debate is worth practicing because of the possibility of training preparing and presenting lines of argumentation to convince the opponents and the audience. It allows to train the ability to formulate thoughts clearly. It develops the art of public speaking.

During the 10-day training, the participants from 6 European countries were developing the art of debating and, at the same time, were discussing the issues related to young people. The meeting was great opportunity to learn about new methods of working with young people as well as to exchange good practices. In addition to various debates, the participants took part in integration games, during evening meetings they had a chance to present the cultures of the countries from which they come from. They got to know the Tri-City and Polish culture. The 10-day work of the participants culminated in the Oxford debate which took place on May 21, 2015 in the Morena Association in Gdańsk. Participants debated on the topic: “The military service should be compulsory for every male.”

The topic of the debate touched both the debating participants and the audience who joined the debate at the appointed time. We assume that the project will encourage the development of a culture of debate and discussion in Poland, Ukraine, Estonia, Italy, Romania and Macedonia. The local communities of the cities in which the organizations are based will be able to take part in organized debate, which will lead to an increase in their involvement in local matters, and an increase in interest in problems worth discussing. The youth who the project participants work with will have a space to express their own opinions and at the same time will learn to respect the views of their opponents. It brings about reflection on the differences in values, traditions, and world views, and working in multinational groups contributes to counteracting racism and xenophobia because we are most afraid of what is unknown and strange.

Debate on cooperation between science and business

Based on the skills and experience of the “Art of Debate” project, during a study visit: Not So Far Russia. Creating a cooperation network between the Tri-City and Kaliningrad on June 1, 2015, the debate was held in the Pomeranian Science and Technology Park in Gdynia. Young entrepreneurs and students from Poland together with students of the European Baltic Business School of the Federal University of Immanuel Kant in Kaliningrad debated on cooperation between science and business, features and predispositions of a competitive entrepreneur and the development of bilateral cooperation.

The project, under Erasmus+ Program, was funded with support from the European Commission.