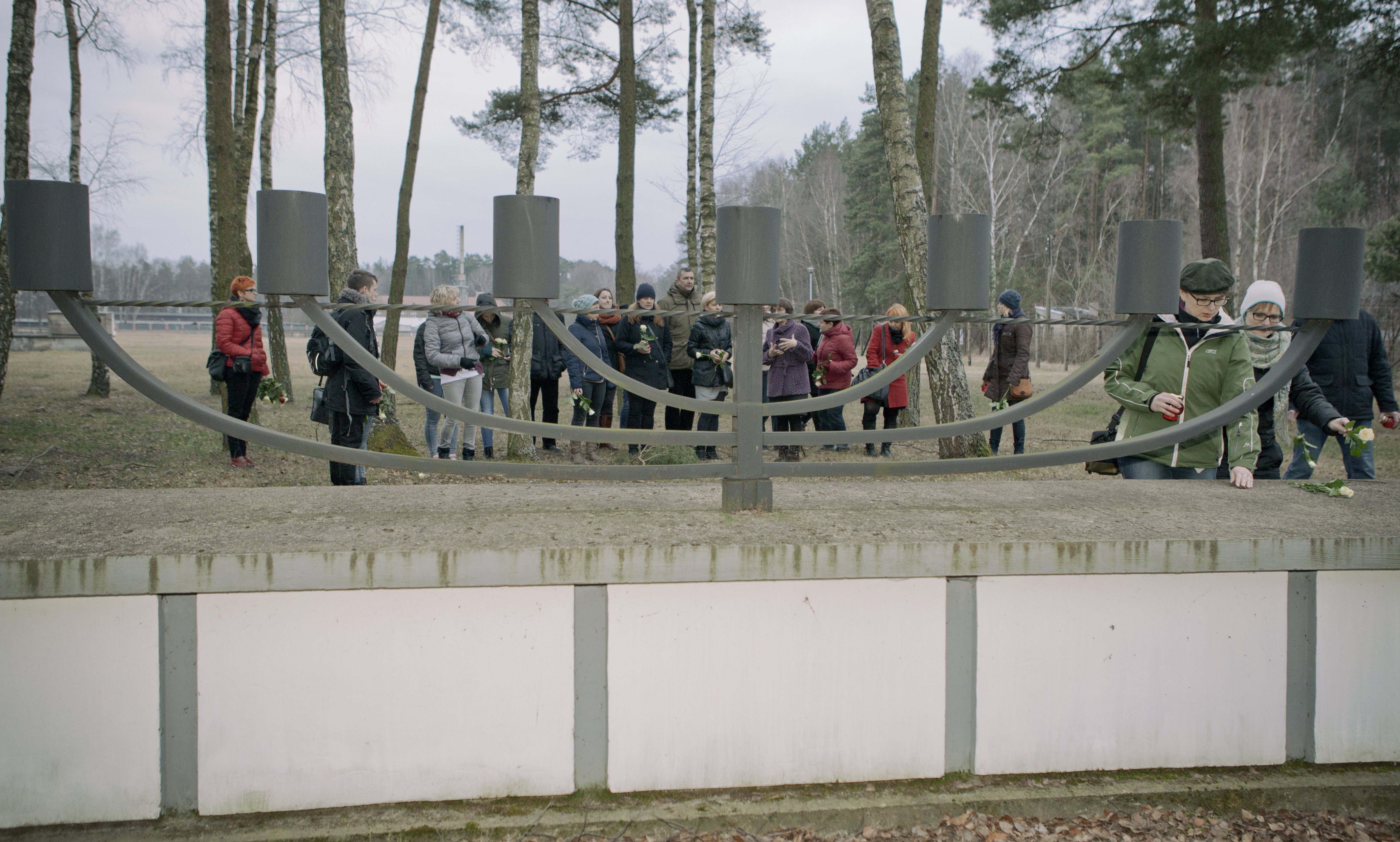 January 14, 2022January 14, 2022 kBlasinska
In 2013, several thousand people took part in the project “Ponar Lullaby” organized in Lithuania. The project attracted so much attention that the organizers decided to continue it in the coming years and include representatives of institutions and organizations from other European countries. Between November 2014 and April 2015, the residents of Vilnius and Kaunas in Lithuania, Katowice and Gdańsk in Poland, Alba Iulia in Romania and Košice in Slovakia had the opportunity to learn about Jewish culture and traditions, they were able to visit the synagogue, learn a song in Yiddish, listen to Jewish music, taste kosher food. And at the end of the day, they commemorated the victims of the Holocaust. The aim of the project was to increase knowledge about the Jewish culture and traditions and to counteract anti-Semitism, which is still present in Europe. The aim of the planned activities was to bring the participants closer to the life of the Jewish community in selected cities before World War II, and at the same time to create a space for reflection on the causes and consequences of the Holocaust. Memory, reflection, understanding and discussion are essential to build an attitude of openness and tolerance, and at the same time to appreciate the cultural diversity of Europe today.

Being a Jew in Gdańsk

What is Yiddish? What does the word “kosher” mean? What was Jewish life like in pre-war Danzig? We learned the answers to all these questions on Sunday, March 15, 2015 in the New Synagogue in Gdańsk as a part of the “Being a Jew” meeting. The participants had the opportunity not only to learn about the rich Jewish tradition and culture but also about the complex and often painful history of Polish-Jewish relations.

The program included a whole range of events, among which all participants were able to find something for themselves. Music fans enjoyed the Jewish song workshops, which were also a unique form of learning the Yiddish. For retro fans, the “Zielony Wiatrak” theater presented a music and cabaret performance based on pre-war hits by Julian Tuwim, Emanuel Schlechter and Henryk Wars. The culinary enthusiasts, ready to try new tastes, had a real treat in the form of a kosher dinner. Moreover, the Sunday event was made more attractive by a short introduction to Jewish culture and religion and the screening of the movie “W cieniu Wielkiej Synagogi “. During the meeting, there was also room for important and difficult topics, such as the coexistence of Polish people and Jews in Gdańsk before World War II. The day of Jewish culture ended with a visit to the Stutthof Museum in Sztutowo where the participants visited the exhibition with PhD Danuta Driwa and commemorated the victims of the Holocaust. They laid flowers and burnt candles at the monument commemorating the site of the Jewish Camp.

The Culture of Life Foundation http://zblizeniafestiwal.org/

This year, the Holocaust Remembrance Day (Yom Hashoa) celebrated in Vilnius on April 16 was exceptional. 600 students from Vilnius schools (participants of meetings with Jewish culture organized from January to April 2015 in the synagogue in Vilnius), together with representatives of the Jewish Community, former ghetto prisoners and the Holocaust survivors took part in the March of the Living in the Ponar hills. The March of the Living began with a meeting in the former ghetto, now the Town Hall Square, where students wearing skull caps formed the Star of David. For the duration of the event, each participant used the chosen name of one of the victims of the Holocaust. The student choir sang a psalm in Yiddish on the steps of the town hall. Afterwards, all participants went to the Ponar hills where they took part in the March of the Living and the ceremony to commemorate the victims of the Holocaust.

On April 17, 2015 an international conference on the Holocaust in education was held at the headquarters of the Vilnius Commune. It was attended by history and ethics teachers from Vilnius schools, students, Vilnius city guides, representatives of the city authorities, guests from abroad and representatives of partner organizations in the “Being a Jew” project from Poland and Romania. During the conference, changes that have occurred in teaching about the Holocaust in Lithuania over the last 40 years, the narrative of the Holocaust in Central and Eastern Europe, and the challenges teachers and educators face were discussed.

All events organized as part of the project can be found in a short movie summarizing all the annual activities:

Final report describing all the events carried out during Being a Jew project in Lithuania, Poland, Romania and Slovakia.

This project has been funded with support from the European Commission.

The design or publication reflects the views of the author only, and the European Commission cannot be held responsible for the substantive content contained therein.